Order within for dispatch today!

A new fishing technology that has set a record for catching bass in Mexico is now available in the UK. It has
out-fished shrimp bait in Washington State and beat top-selling U. S. lures three to one in Florida. The new technology is so effective one state, Wyoming, has banned its use.
The break-through is a tiny, battery-powered electrical system that flashes a blood-red light on a  8.5 gram lure’s body when its immersed in water. Fish think it’s an injured prey and strike. Some fishing authorities, like those in Wyoming, think that gives fishermen too much of an advantage.

They may be right. Three fishermen using a flashing lure in Mexico caught 650 large-mouth bass in just 25 hours. That’s a bass every seven minutes for each person, and a record for the lake they were fishing. They said the bass struck with such ferocity they hardly lost a strike.

In Florida two professionals fished for four hours from the same boat. One used a flashing-red lure; the other used some top-selling U. S. lures. The new, “bleeding” lure caught three times as many fish.
Works when others don’t

An ichthyologist (fish expert) opinion.
“Predators - lions, sharks,” he said, “will always go for the most vulnerable prey. Fish are predators, so if a fish sees a smaller fish bleeding, it knows it’s weakened and will strike.
There’s a survival program built into predators that says ‘Grab a meal when you can. It may be a while before the next one.’
"If a lure could appear to be a live, bleeding fish, a few fisher-men could probably empty a lake with it."

Total of Ł2.99 UK postage regardless of quantity ordered

There are no reviews for this product yet.

I understand, hide this 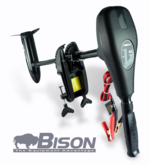 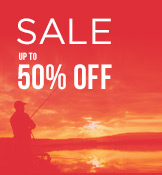